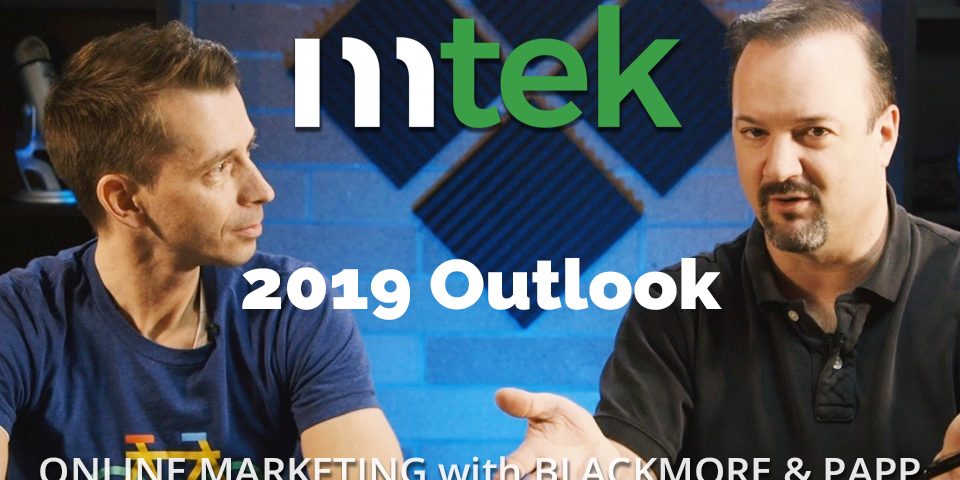 Mike: So yeah I mean, 2019 is upon us. I think some of the things I’m exited about this year, from the VR space, it looks like it might actually you know, be a thing.

Mike: What do ya think of that?

David: And I think we’re gonna use that as a stepping stone. And my analogy there is that you’re not gonna be fully immersed in the VR world. You’re gonna be using your phone and whatever, you’re gonna be in the supermarket or in the library, and you’re gonna hold it up against a device and you’ll get an instant review on it. Or the best deal that you can by the price, or the E. coli breakout on romaine lettuce will come up on there. It will tell you these notifications or an IMDB listing based on a movie title that you’re looking at. I think that’s where we’re coming, it’ll be–

Mike: So I think that’s here.

Mike: Actually I think that’s here. So I think this is here.

Mike: I think this could be here, watch.

David: So he’s lookin’ at the water bottle with his phone, he’s doin’ something, he’s clickin’ on it, Google Lens. Oh my gosh.

Mike: I can buy these bottles already, give me another example here. Your watch or your phone or something.

Mike: Right, so it’s already, it’s happening, it’s creepy. So like if your wife’s at the mall and she’s that lady walk by with those nice stiletto’s, she can just snap a picture and know where to buy them right now. She could actually order them right off of her phone right there.

David: And then eventually it’ll be built into your glasses or contact lens.

David: So it’ll be real time.

Mike: Yeah I mean if you really think about how this all works, it’s like Google’s like a great big tree and we’re the leaf, we’re the nodes, that feed it all day. We are, with our searches, with everything that we allow it to track everything, we are making it smarter. And if you think about the motivation of voice search, we’re gonna actually teach it even more now because, when you type you probably don’t type as much as you’d say, like a full sentence.