Cut the crap! Lose slow content to get your search rank back! 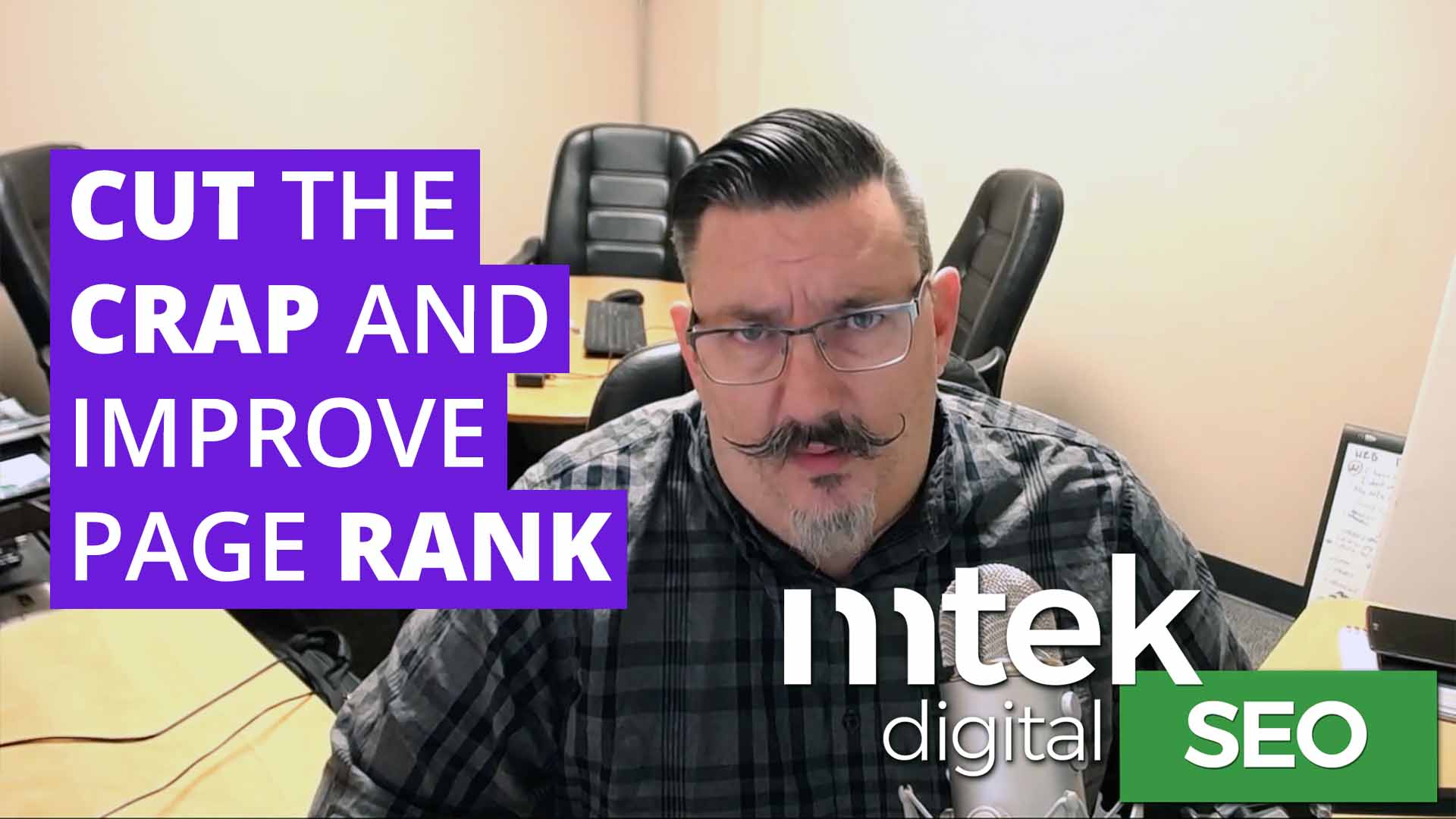 One of the key metrics for page quality is load speed.  Slow pages will be left in the dust – no matter how good your content.  Cut the crap from your pages and improve load times for a free rank boost.

Tools like Flash or JavaScript, and design elements with multiple image files can cripple your loading speed.  By trimming the page and getting lean you can greatly improve how your page is perceived by search algorithms.