How to Handle Feedback 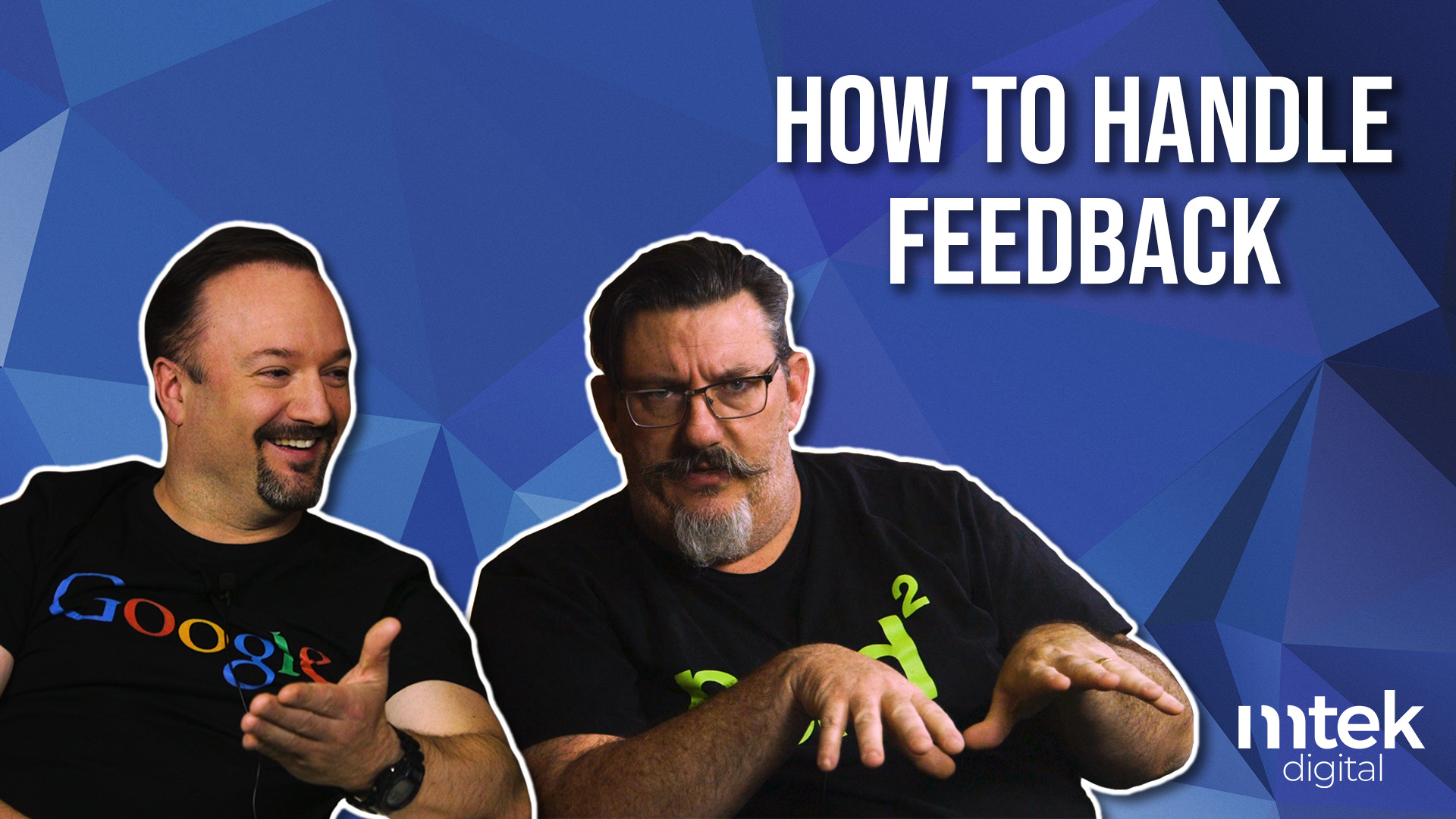 [vc_row][vc_column][vc_video link=”https://youtu.be/yNRrfCno8rI”][vc_column_text]Greg: There’s nothing more valuable than being told how you’re doing, as long as you want to hear it.

David: So we’re gonna talk about some Google reviews. This is something that a lot of people, it exists out there, some of us people like to leave reviews, on TripAdvisor and different platforms, Google has its own, but you’re kind of thinking, what’s the point? What’s the purpose, does it help? We feel that every business organization out there that has online property, like a website, should be focusing, in their culture, in their processes, with their sales and marketing people and their customer service, to encourage clients to leave them with some Google reviews, even if they’re negative.

Greg: I think it’s a really good choice of words that you just said culture. It needs to be a part of a business’s culture to look for that feedback where they get it. It’s something that comes up very often, when we work on web properties for our clients very often there’s a desire to integrate testimonials onto the pages. The problem is those testimonials are always cherry-picked. It’s always the very best testimonials, you never see somebody build a website and put a testimonial up that says the guy was a jerk, and he kicked me out and he took my money.

Greg: You don’t see that on a testimonial. So what validity is there to a testimonial on a website? Well, I mean, it’s marketing, sure, but it’s not real. And so we like to encourage that culture with our clients. So engaging on Google reviews, or Yelp, or Facebook, because they all have a review platform. And it needs to be a part of the culture of that organization to pay attention to those sources, and to actually respond, and to respond intelligently and carefully to those comments, because even those who show up with a big pitchfork and want to start a fight, often had a bad experience and they just want to get it off their chest. And saying you know what, we understand something screwed up, we don’t know what, we’re gonna try and figure that out together, thank you, you can take those people and turn them into into evangelists rather than pitchfork-wielding evil trolls.

David: Yeah. But you should always reply and address positive and negative feedback that you receive because the worst thing you can do is have some negative little nugget floating there for everybody to look at and you didn’t address it, at least publicly.

Greg: Mm-hmm. One really useful strategy is when you finish a big project with a client, send them an email at the end of the project with a link to your Google business profile review tool. And you can actually say, hey, thanks, we really enjoyed working with you, tell everybody how we did. And you send them that link and it goes straight to the Google platform. They sign in, you’re not there, it’s not my website–

Greg: Exactly. And there’s some honesty and truth that comes I think from those two, because it’s not on your own platform, it’s on a completely independent system.

David: And something else that’s part of the Google secret sauce.

David: So I got something funny for you.

David: So here’s some things that you can leave Google reviews for, which I thought was hilarious. The Pacific Ocean? Yes. Not just a small part, but we’re talking the Pacific Ocean.

Greg: I have been there.

David: Yeah. But it’s being beat right now by the Atlantic Ocean, which is floating at about 3.9 out of five with only 8,000 reviews though. It has 10,000 less reviews.

Greg: Well, the Pacific’s got tides.

David: Yeah, and the water is a little colder.

David: Not surprisingly, the Caribbean Sea has about 10,000 reviews and ranks a 4.6. So clearly, it’s the spot to go like, you know.

Greg: What I’m curious of is is the Pacific Ocean effectively managing its reputation?

David: Probably not, I don’t know who is the ambassador for the Pacific Ocean. Because there’s some probably some negative reviews on this.

David: Yeah, like really. You used to be able to leave reviews for continents, Asia.

Greg: Asia had a–

David: Yeah, for real, but they’ve since removed that in the last year. But that was the best. I’m gonna give a review to Asia.

Greg: Well, then I would absolutely put this challenge out to anybody who watches this video, what is the most unusual thing you find a review for on Google Maps?

David: I would love to know.

Greg: Because we’d love to see what you guys can find.

David: So by the way, the comments are down there. And while you’re at it, you may as well smash that button there and like the video and share.

Greg: If you’re into that sort of thing.

David: And send it out and share with any platform, you know, if you’re into that.

The following is a transcript from our video at https://youtu.be/yNRrfCno8rI[/vc_column_text][/vc_column][/vc_row]