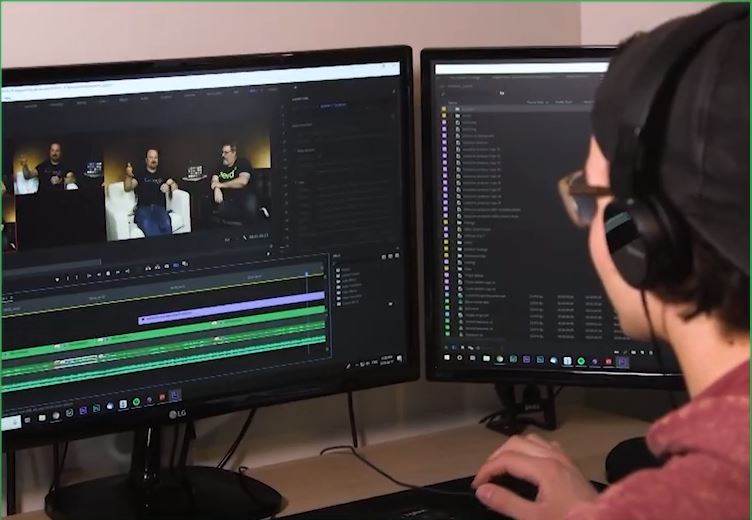 Even with a pandemic hitting many countries, social media is still popular as ever. In fact, I’d say there is a higher demand as more people are consuming more video content through shows and on Youtube.

Because of this, editors are going to be in higher demand or people with editing skills. And of course they are looking for very quick results. So whether you are the editor to your own videos or you are editing other people’s videos, keep these tips in mind and pass some of these along to your clients too.

Film With Editing In Mind

One of the beauties of film today is that you can create plenty of extra footage and pick from the best. The bad part about this is that as an editor you’ll need to determine which footage is good for what you’re doing.

It’s not that bad but from a time perspective it’s annoying.

But one way you can begin to mitigate that is to remove bad footage once you know it’s bad. Bad footage could be things like unexpected noises or interruptions, poor lighting or other technical difficulties. Or maybe you re-recorded the footage and you think you did a better job that time.

Whatever the case is, deleting the footage immediately can narrow down the video files being uploaded and save you the struggle of sifting through which file is the one you want.

Familiarize Yourself With Shortcuts

Shortcuts are amazing and can save you a lot of time. The only thing is that every editor has their own different set of shortcuts. So if you are hoping between editors it can be a pain. Though if you are sticking to one, I would recommend learning these shortcuts as quickly as you can.

Editing doesn’t always mean cutting down footage. Sometimes you could be editing in captions or adding special effects. In the end, what’s important is to keep videos as short as possible. Enough that the video itself is enough to convey the message that you are looking for.

This can apply to anything from full-length feature films to short videos for businesses. If you can communicate that message in a quarter or half the time, go for it. If you’re telling a story, focus on the main parts.

Learning to do this takes time as it can be hard for you to determine what’s important and what is filler. But over time, as messages become clearer and you know what the video is about, you can begin to cut down and make videos shorter. All in all it’s less time spent editing.

Being a perfectionist is terrible when trying to be an editor or video creator. It often costs a lot of time and the difference isn’t substantial. As a rule, I’d suggest not worrying about the small details and focus on the larger ones.

Make sure that the video overall looks good and flows properly and that it sends the proper message. Most people these days aren’t going to care about tiny details nor even notice them.

If You Are Worried, Cover It Up

What I mean by this is to take advantage of the b-roll. It’s an old film term that is still used today. When film first started there were two film rolls, a and b.

A-roll was the live footage. The person talking.

B-roll was the non-audio footage. Things like pictures or other video to enhance a scene.

You can still apply these principals in videos today. For example, if you find one section that you cut a lot of stuttering or stammering, you can use the b-roll to display footage or images relevant to what’s being talked about. Just make sure you avoid transitions as cover up for your edits and especially cross dissolve transitions.

On the other hand there is no shame in embracing the footage and leaving it as is. So long as it flows with what you are doing.

Getting a good editing workflow isn’t always about speed. Yes, knowing shortcuts and knowing how to apply certain techniques does help. However, workflow is about making the process bearable for you as the editor of you and possibly others videos.

Depending on the project, you can turn out videos within an hour while others can take days. All that matters is by the end you have a video that you’d be happy to upload or pass on to clients.

In the age of Pandemic – working and recording video from Home is more important than ever.  Watch below to learn some techniques for capturing video at home, and take a look at our Special Video Production offer to help you get started!