Low View-counts on Your Blogs 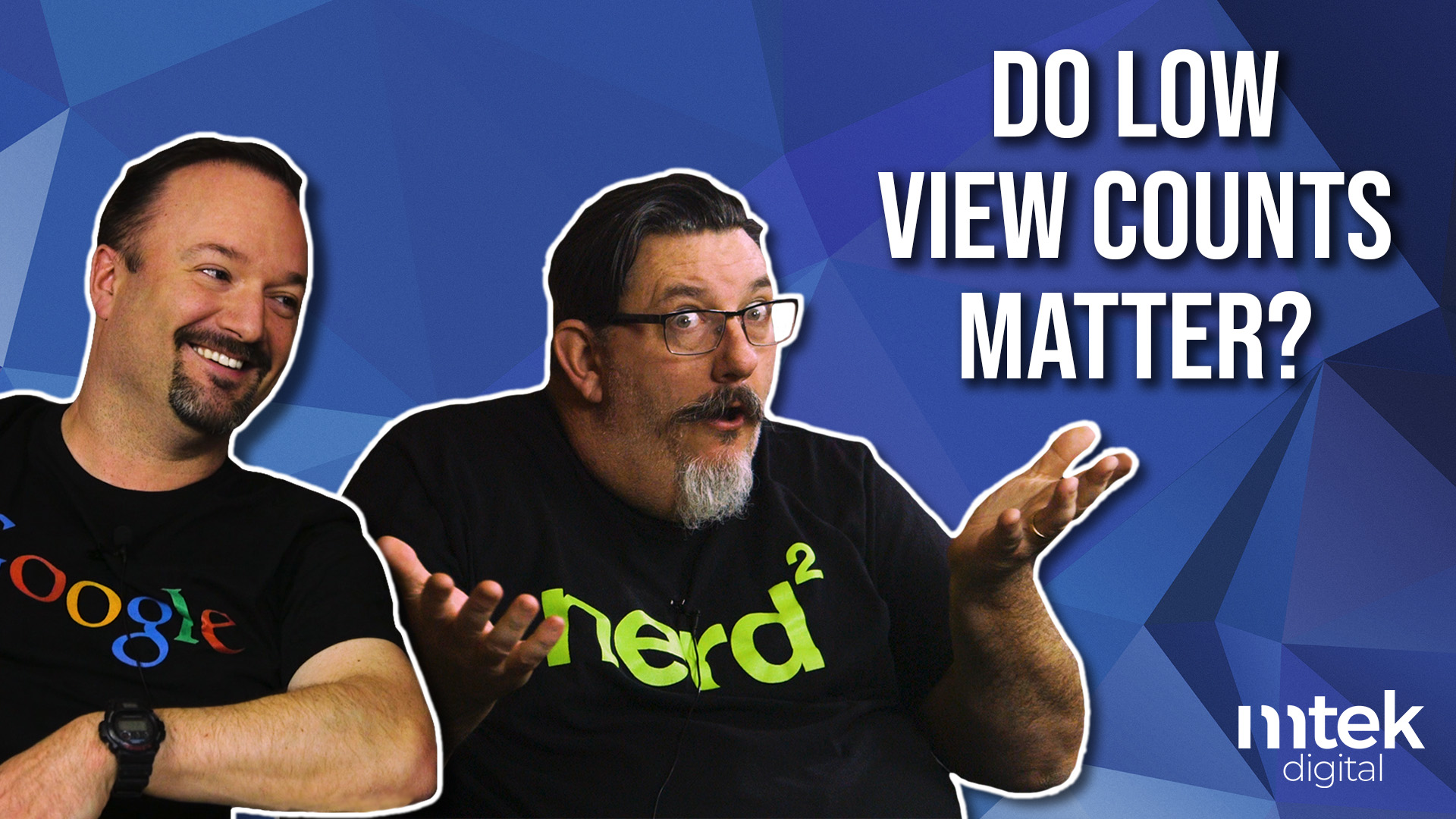 David: So frequently people will come up to us and say that they’re very discouraged. They make a blog post, they put on a video online, and it has low views. Five, 10, 20 people. That’s all they see in the views. And the question is, does that matter? So anyways we’re gonna say it doesn’t. It doesn’t matter.

Greg: For several reasons. It depends on purpose. If somebody’s posting something on YouTube and their belief is that they’re gonna become an overnight YouTube sensation, and they’re gonna topple Jablinsky Games, it’s not gonna happen.

David: No ’cause Jack Black rocks.

Greg: But if you’re posting stuff to share with clients, customers, friends, family, and you’re doing some of the legwork to make that sharing work, then the platform does a great job of simply being a place to house these videos.

David: And on that note you have to be careful that you understand what a view is. If somebody is doing the swipey thing on their timeline and your name shows up with some content, the fact that they could’ve read it, looked at it, but didn’t press it, that’s when the view counts. You know if you’re on a video or something or YouTube. But there’s still an impression. There’s still a brand impression that doesn’t register in the analytics.

Greg: That’s right, yeah. The nature of a view is much more engaged. Requires a little more time investment. I think on YouTube it’s somewhere between 15 and 30 seconds before it counts that view as a view. And then the duration is really what’s important. In fact on most of these platforms the real measure is how long you keep their attention once they’re watching, as opposed to just how many people have looked at it.

David: Right. I would basically challenge people that you need to be posting stuff online. And the reasoning behind that, is that you’re showing up on people’s busy schedules. Their eco-systems are cluttered. They got a lot of noise, a lot of stuff going on but you’re reminding them that you exist. You’re like, hey look it David’s name came up. Oh yeah

Greg: And as we talked about in our other episode, or will talk about depending on when these get posted. They’re not necessarily going to see every post you make. And sometimes the algorithm looks at keywords, it looks at content descriptions, it looks at things to match a video with a target. And so by continuing to post content, regular content updates, of different information, different topics, different keywords, different subjects, you have a better chance of showing up in somebody else’s stream. Maybe you got this guy this week. Next week maybe you’ll find that guy. So on any single video or single piece of posted content, I don’t think that view count is really important. It’s the cumulative effect.

Greg: Of more than one piece.

David: And then organically over time you’re gonna have another benefit because the platforms are gonna go holy look at this, Greg keeps talking about online marketing, he keeps talking about this, but in different contexts. But it’s still like the old days of keyword manipulation, and so over time organically your SEO, which is I know those smoke and mirror buzz words, but your search engine optimization you’re gonna rank better. They’re gonna say obviously Greg likes to talk about beer and crafting some beer, and he’s got some cool stuff so we’re gonna show him a little bit higher when we know that those people are interested in beer.

Greg: The solution that most of the search providers are producing, is really tailored to the person watching. And so when that content hits something that they’re keen on, the platforms are gonna show it. It’s that simple.

David: The other cool benefit, just throwing out another one, is that over time it’s like writing a book. If you write a book nobody’s gonna read it, but you’re an expert on the subject. So if you keep making posts talking about cat grooming, suddenly you’re an expert on cat grooming and they’ll never read it to figure out whether you’re full of BS or not. It’s just by nature of associating those words with your name, and the frequency of the posts, that establishes some trust over time.

Greg: Ah. That’s how the Flat Earthers did it.

David: So there’s lots of benefits in my opinion to going and posting regularly. We call that dripping out some content, making some posts. And do not get discouraged by a low view count, a low like, a low engagement. It’s still achieved its purpose.

Greg: And that purpose exists for the long haul. Not for right now.

Greg: Take her home. If you like what you see here on the channel, be sure to hit the subscribe button, or the thumbs up button, or the likey button, or whatever button happens to be on the platform you’re watching this content. Hit the notification bell if there is one, so that you’ll be notified of upcoming shows and upcoming videos from Mtek Digital. Thanks for watching.

The following is a transcript from our video at https://youtu.be/W6oWYoSc1XY