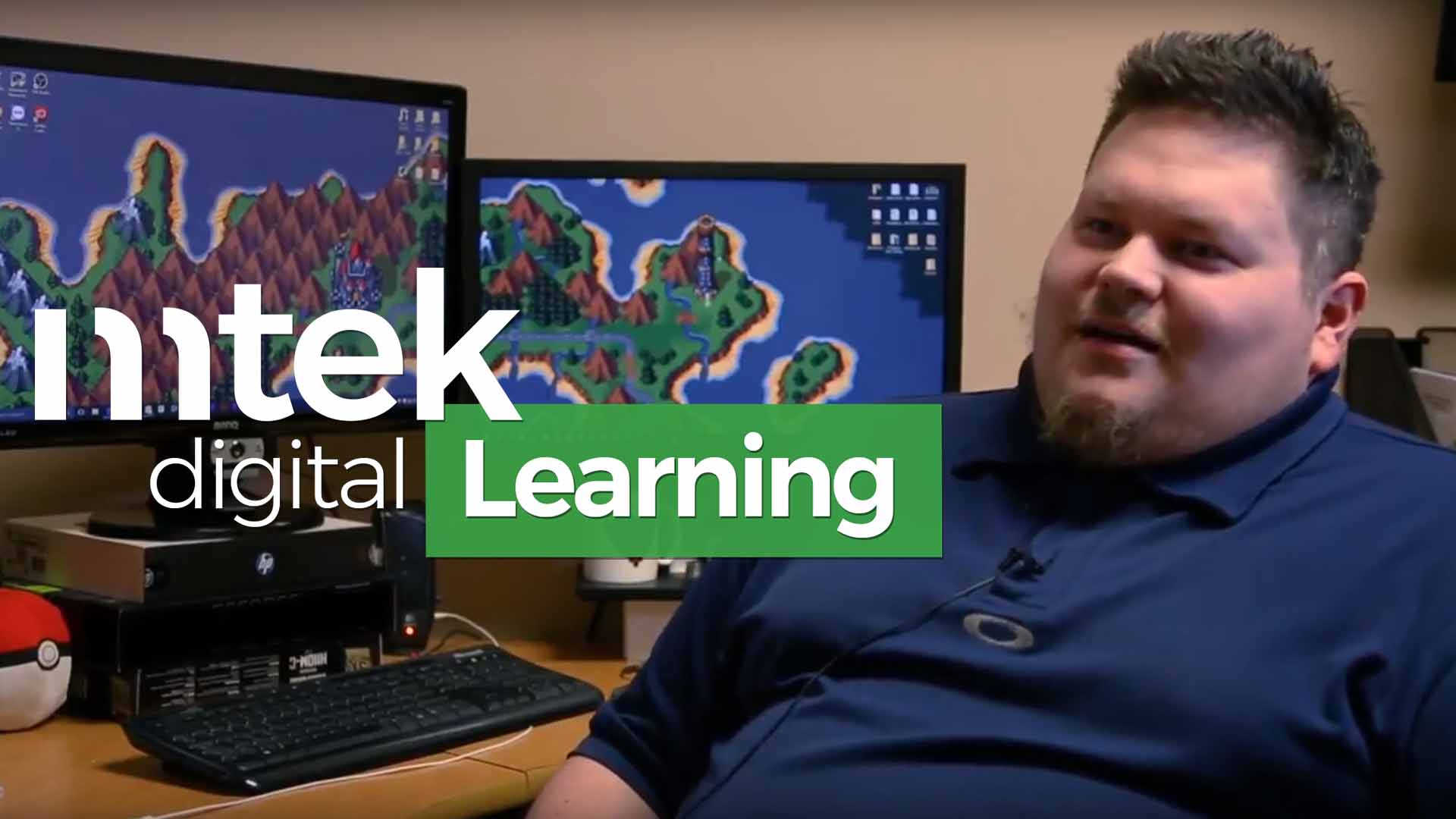 Hi. I’m Tyler Deren. I’m a software developer, and I like to build interactive media specifically.

What Technologies are Important to You?

So I like to build video games.  My last project was called Shadows of Adam.  We built that using HTML5 Tech Stack, which is fairly uncommon for a commercial game and it caused a lot of problems for us.  The engine we used was called ImpactJS.  It’s an HTML5 canvas-based API game imagery we use and we kind of built on top of that.  We got the funding mostly from Kickstarter:  It was kind of half Kick, half out of pocket.  We ran that in January 2016 and we were successful February of 2016.  We got the release February 2017, and it was reviewed very well.  And the DLC was actually released yesterday, on Tuesday.  So we published the game on Steam (so steampower.com I believe is the URL).  Shadowsofadam.com is our official site.  We also partner with The Humble Store and we also have a Humble Widget, so we sell directly that way.

So we enjoyed using Kickstarter, except running a Kickstarter campaign is such a full-time job.  You have to always be on the ball.  People always message you.  It was great for us: We had five members; we kind of had 24/7 support on the Kickstarter because we could just divide, divvy up the time five ways, which was nice.  A smaller team is not really an option, but if we were to do it again we probably would do the Kickstarter out again.  You build fans that way.  You communicate with the community that you want to build with, and it’s a great tool to expand both your brand and to make more customers be aware of you.

So for the communication at the time we used Skype, and then we moved to Slack for many, many reasons.  We used Git for our version control, with GitHub.  Communication was off Slack and sharing files was Google Drive.  We also had our own file server, the ftp we used for bigger files we didn’t want to use Drive for.  And then website: We have our server we host.  It’s a VPS on a dedicated server.  The engine, the level editor, it’s called Weltmeister; it means “victory” in German, and it’s basically like the default level editor that Impact comes with but we had to rebuild a lot of it to suit what we wanted to build.

We wanted to build a classic Japanese-themed RPG, role-playing game.  But we wanted to remove all of the cruft and only focus on the things that would really make sense and to respect the players’ time.  So one thing we really did is we… A big inspiration was Final Fantasy’s Mystic Quest.  When it was released in North America it was pretty panned—it wasn’t really well-received, but it had a lot of interesting things as well.  One of them is the battle system.  It had these very exaggerated massive enemies on the screen and you have this tiny little player character where you can do a lot of cool magic attacks and skill effects.  So our visual for the battle system was entirely modeled off of that.  We used a 16-bit ARC style.  We want to be very colourful—I think we have 32 colours for our colour palette.  And we have different palettes for effects, different palette for enemies and actors.

So we have five core team members plus many contractors.  The core team members, we all met basically through a common source.  We all used to frequent this old RPG maker community forum back in the day called RPG Evolution.  And one of our members was on that forum as an admin, and that’s kind of how he met a composer.  And then they decided they wanted to make a game together so they’re making it; then they wanted to improve the art style, so they contact their old artist friend they had named Tim, who worked at Zynga for a while.  So then he joined the project to kind of direct the art.  He wasn’t planning on building it.  He just wanted to direct the contractor we hired, so then we did that.  After that was done, then we wanted a writer because the plot wasn’t that great.  So again, it was just someone they knew through mutual connections:  He made a game before called The Way, which was pretty popular in 2002.  So he joined as the main script writer and level designer.  And then there was only one programmer, and at the time I was kind of helping them.  At the time I had a lot of experience using Impact as the engine, and I was helping them kind of on the side.  They would just message me on Skype:  “Hey, Tyler, how should we do this?  We have this problem.  How should we solve it?”  And that just turned to “We need another programmer.  Tyler, come help us out.”  And then I joined the team as the fifth member.

So, if I could redo it, we would definitely invest the time on tools.  We had Weltmeister, the level editor, but it wasn’t too great for the building content.  So all the content we built in the game was all a Notepad, and we basically manually by hand create data.  So it was very error-prone that way.  And we had so many typos—we couldn’t find bugs, spent hours trying to find a bug.  It’s a typo!  Right? So we would definitely invest the time on better tools.  So better tooling, it makes projects easier for us.  It makes a better product—not as buggy, for one.  Another thing I would probably do is focus on console, especially for this type of genre we’re in.  One of the most common questions we get asked is, “When is coming to console, Tyler?  When is it coming to console?  Oh, the DLC is out!  When is the console release happening now?” And with the HTML5 Tech Stack, that is very difficult to do.  We can’t just bundle in a binary executable and run it on Xbox One.  You have to do a lot of work around to get something that would run.  So if we were to build on the project, we would probably use a different tech stack entirely, that is more portable for both consoles, phones, what have you, whatever is out at the time.[/vc_column_text][/vc_column][/vc_row]